How we choose our partners and friends

Why do we like some people and not others?

How do we select our friends and partners? 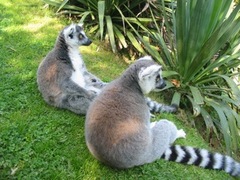 Here are four the most important factors which determine our liking of other people:

Proximity: Liking those nearby

Probably the best single predictor of whether two people will be friends is how far apart they live. If one person lives in New York, and another in London, it is unlikely that they will be friends.

In fact, if two people live only ten blocks apart, it is still much less likely that they will be friends than if they live next door to each other. Proximity is a powerful force in interpersonal attraction.

People who are physically close are more easily available than those who are distant. We tend to choose our friends from people we know.


Familiarity: Liking those we see often

People we live near or work with become familiar to us, and this familiarity can enhance interpersonal interaction.

An interesting study (2) was done by Robert Zajonc (1968; 2001) who demonstrated the ‘mere exposure effect’. The researcher showed several photos with different people's faces to college students. Some faces were shown as many as 25 times, others – only once or twice. Afterwards, participants indicated how much they liked each face. The more often the participants had seen a face, the more they said they liked it and thought they would like that person.

Evolutionary psychologists suggested that we have an innate fear of the unfamiliar, whereas familiar people and things may produce feelings of comfort.

Others suggest that repeated exposure improves our recognition of a person, and improved recognition is a helpful step in coming to like that person. As people become more familiar, they also become more predictable. The more we see the new neighbours, the more we learn about them, and the better we can predict how they will behave in the elevator or the nearest shop or garden. As a result, we become more comfortable in their presence. Finally, we may assume that familiar people are similar to ourselves.

If the person was perceived as ‘negative’ and you see him time and time again, the eventual result may be also negative. If you’ll repeatedly see a particular man in handcuffs, after a while, you’ll become convinced he really is a criminal(2).

Additionally, research suggests that a lot of repetition can cause boredom and satiation, which suggests that there is an optimal level of exposure that helps us to like others, and it depends on the people and the situation.

We tend to like people who are similar to us in attitudes, interests, values, background, and personality. This similarity effect applies to friendship, dating and marriage.

A classic study (3) demonstrated that similarity leads to friendship. The researcher rented a large house near the University of Michigan and offered male undergraduates free housing in return for taking part in his research. Before the students arrived, they filled out questionnaires about their attitudes and values.

Similarity in ethnic background, religion, politics, social class, education, and age - all influence attraction. For example, a study of elementary and high school students found that friends tend to be of the same race and gender. Friends are also similar in age, year in school, and academic achievement, and have similar patterns of aggressive behaviour and social withdrawal.

The same happens in dating and marriage. Dating partners and spouses tend to be relatively matched not only in their values and attitudes but also in physical appearance, social background, and personality.

One study of dating couples found that partners tended to resemble each other in age, intelligence, educational plans, religion, physical attractiveness, and even height (4). They were also matched in their attitudes about sexual behaviour and gender roles.

Furthermore, couples who were most similar in background at the beginning of the study were most likely to be together 1 year and 15 years later. This doesn’t mean that friends and spouses are identical in every way.

When people from different races, religions and social groups have a chance to meet up, interact and become friends, they will discover that they have many shared values and interests.

Exceptions to the rules:

Although similarity usually leads to liking, there are some exceptions to this general pattern. Sometimes similarity is threatening. For example, if someone similar to us has a heart attack or experiences some other unfortunate fate, we may worry that we are also vulnerable and so we may prefer to avoid that person.

Another point is that differences among people are sometimes very rewarding. Most of us don’t want to have friends who are identical to us; we like stimulation and novelty – learning about new ideas and different human experiences.

For example, if you are planning a camping trip with a group of people, it is convenient to have one person who knows about tents and equipment, someone else who can plan meals, and a third person who knows the area and can pick a good campsite.

In Summary of 'How do we choose partners and friends':

... Research shows that similarity, familiarity, and proximity are powerful forces in interpersonal attraction.

Proximity causes liking, and when we like someone, we often try to ensure that we will be close to that person in the future. First–year roommates might end up together in the same room by chance. But if their proximity leads to friendship, they will probably try to live together the following year.

Even if partners or close friends initially had different attitudes, over time they may change their views that they become similar.

Studies show that couples who have been together over 21 years, over time, become more similar in many ways including their intellectual ability.

Why am I lonely

What is social rejection

'How do we choose partners and friends' Reference: