So why do we like one person more than another?


Some people find red hair and freckles irresistible, others dislike them intensely. Some of us like compassion in our friends; others value intelligence.

There are also large cultural differences in our preferences of personal qualities. In some countries people associate feminine beauty with being thin, in other societies – plump women are found more attractive.


Even though we've all heard the expression ‘don’t judge a book by its cover’, we can hardly avoid forming impressions of people based on their physical appearance. Many studies all over the world consistently show that beauty does indeed make a difference in social life.


One reason is that there is a stereotypical belief that attractive people must possess good qualities. We tend to think that better looking adults are more socially skilled and friendly, but also vain and sexually promiscuous.


In one study, people with physical disabilities were associated with negative qualities such as ‘ugly’, ‘lifeless’, ‘lonely’, and ‘someone to feel sorry for’; whereas a woman without disability was associated with ‘soft’, ‘lovable’, ‘married’, and ‘intelligent’. In the same way, obese people are often viewed negatively, partly because they are seen as responsible for being overweight.

To a considerable degree, culture influences standards of physical attractiveness. There are no universal norms about whether it is attractive or repulsive to pierce parts of one’s body, to wear clothes that conceal or reveal the body, to dye one’s hair or shave it off, to be pleasantly plump or stylishly thin. Fashion trends change and vary around the globe.


In one study, college students rated the attractiveness of photos of the faces of identical twins.
Although the twins looked quite similar, raters assessed the twin with the more symmetrical face as being more attractive.

Beautiful faces seem to be more balanced and well proportioned.

Explaining the Effects of Good Looks 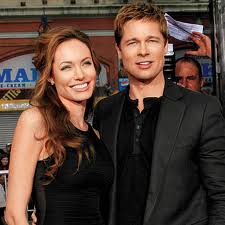 There seems to be several reasons for the association between physical attractiveness and liking.

One reason may be that when meeting new people, we pay more attention to physically attractive individuals, especially women, than to their less good-looking peers.


The stereotype that good-looking people have other good qualities as well (as their attractiveness) may also increase our likeness for them. Evolutionary theory provides another explanation.

Physical attractiveness may be an important clue to good health and reproductive fitness. In other words, a pretty face may be a marker of ‘good genes’.


Another reason for liking attractive people is that, if you seen with attractive friend, it will improve you own image amongst others.

In a laboratory experiment, participants looked at two people: one of them was a very attractive person and another one was a person of either above-average or below-average looks (both were of the same gender).

Others studies have also shown that both men and women were rated more favorably when they were accompanied by an attractive romantic partner or friend than when they had an unattractive companion.


- Attractive adults are also believed to possess qualities that seem irrelevant to physical beauty, such as good mental health, dominance, and intelligence.


- Beautiful faces seem to be more balanced and well proportioned.


- Another reason for liking attractive people is that, if you seen with attractive friend, it will improve you own image amongst others.

How do we choose our partners and friends

How well do you cope with stress (Test yourself)

Why do we fall in love?

Why do you 'always' need to be in a relationship?

Archives of all articles