Is it worth moving abroad?


Ah, what a temptation - to relocate to the country of your dreams. Whether you like a sunny weather in Spain, a more relaxed life in France, or beautiful Alps and active lifestyle in Switzerland.

The ideas for relocation abroad are endless... 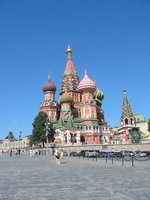 I have made a move to Canary Islands in the year of 2006 only to come back after 9 moths of spending there. Why? The lack of jobs and career prospects made it impossible for me to stay there. That was then.

What about now? Now I know what it's like to move to another country so I would be more prepared. Considering I have also moved: from Kazakhstan to Russia at the age of 18, and then from Russia to the United Kingdom at the age of 19, before travelling Europe for a year several years ago.

To research this topic - whether it is worth to move abroad, I asked many of my friends, who also made a move to different countries for various reasons. I seeked opinions of people who moved to:


Here are the questions I asked and the summary of their thoughts and suggestions, so you could decide for yourself whether it is worth it.

- Why did you want to move abroad?

- Better climate (for those who moved to South France and Canary Islands),

- better quality of life (all respondents)

- What did you find relatively easy in your new country?

- finding a new place of living,

- What did you find difficult in your new country?

- integrating into a new society,

- finding people who can understand you and who can help you

- most repondents said 'yes, definitely', even though a couple of respondents returned to the original country after awhile.

- The experience of moving abroad is usually positive and will never be forgotten (even if you returned after awhile).

- What would be your advice to others wishing to move abroad? 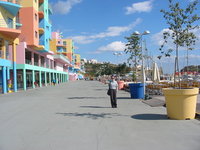 1) Do your research, and learn the language of the new country well.

One respondent suggested to get a book on moving to the country you wish to (e.g. 'Moving to France'), as it can give a lot of good info on obtaining residency, work permit, taxes and so on.

2) The language barrier was a tough one for the most respondents.

One of the respondents, a long-term resident of rural France said: 'Learn at least 2 levels of new language, so you could ask for something or explain yourself to native speakers quite confidently'. The new country may also use English language, but it is usually used in tourist areas and not in official places such as police station, bank, post office and so on.

3) Think about your long-term goals, not just the short-term ones.

These include: - finanical (e.g. your income), - personal (e.g. what are you going to miss from your country), - family- and friends- related (e.g. the first 1-2 years in a new country are usually the loneliest, you will be missing your friends and family. Think about how you can stay in touch with them).

4) Consider all the pros and cons of original country Vs the new country.

As one of my friends from India said: "In a new country you are trying to create 'home away from home'. It's not just a house you are getting, you are actually creating a new home.

So be open minded and flexible, as there might be many unexpected things in a new society and culture, that might seem odd or different to you at first.

Try to adapt to a new society as soon as you can'.

5) One of the respondents, a long-term resident of Tenerife (Canary Islands) said: 'The first 2 years are the toughest ones. Don't go back (if you can) in the first year or two, as you need to let the feelings of nostalgia to go down'.

Get used to the new country, but speak to your old friends and family through Skype, phone, and so on. In a while, you will find new things to do, and you meet new people.

"Only after several years, you can say truly - whether it was worth it".

Life is too f***ing short

What to do when you are stressed

Why am I lonely?

How to be happy in this 'unhappy' world?


by clicking on the symbols below: