Do you know that according to the Russian well-known newspaper “Arguments and Facts”, men and women think differently about their marriage status? 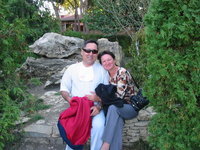 
5) In Europe, only every 6th woman tend to re-marry after her first unsuccessful marriage


6) Those couples who have sex at least 3 times a week over many years, tend to look 3 years younger than their peers who do not have as many ‘bouncy cuddles’ in bed


8) Most modern couples have only a few minutes a day to spend with each other: the valuable time goes on commute to and from work, home chores, TV and Internet, and hobbies


9) To make your relationship as secure as possible, you need to learn how to deal with daily stress effectively and making plans for the future together

10) Also, creating your social circle of friends, having a hobby (or having ‘me’ time), being positive about life in general, and having fun (and lots of laughter!) together with your partner, add up to a successful long-term relationship

How do we choose our partners and friends

Why am I lonely

What is social rejection

Why do we fall in love